Councillors are expected to approve plans to permanently raise the age range at Brunshaw Primary School in Burnley due to low and reducing numbers of children applying to its nursery.

At its next meeting on Thursday July 7, Lancashire County Council's cabinet will be asked to approve the proposal to discontinue the nursery provision at Brunshaw Primary School by permanently raising its age range from 3-11 years to 4-11 years, with effect from 31 August 2022.

Currently there are only 10 pupils attending the nursery at Brunshaw Primary School and these children will start the reception year in the Autumn Term. Only four applications have been received for nursery places at the school for September 2022.

Given the reducing numbers and the number early years providers in the local area, the local authority and the governing body do not believe there will be an adverse local impact by discontinuing the nursery provision.

Prior to seeking a decision to close the nursery, the school's governors verbally consulted with parents on how the school could increase the uptake in places. They found that parents were seeking provision that was available both before and after school and during the school holidays, and that there was a lot of competition between early years providers in the area that offered this.

A formal consultation on the current proposals ran between 10 March and 23 May. No responses were received during this period and no issues or concerns were raised by the families who may be adversely affected.

County Councillor Jayne Rear, cabinet member for education and skills, said: "Local authorities have a statutory duty to ensure there are sufficient childcare places for working parents that are accessible, affordable, and delivered flexibly in high quality settings.

"Thankfully, Burnley, has these in abundance. Unfortunately, this has meant that some providers, particularly those that cannot quite meet the needs of working parents, have struggled to attract children to fill the places.

"Permanently changing the age range at Brunshaw Primary School from 3-11 years old to 4-11 years old will allow it to focus its energies on school-age children, and we are confident that it will not have an adverse local impact due to the excellent provision elsewhere in the area."

Select the link to read the cabinet report on the Permanent Raising of the Age Range at Brunshaw Primary School, Burnley 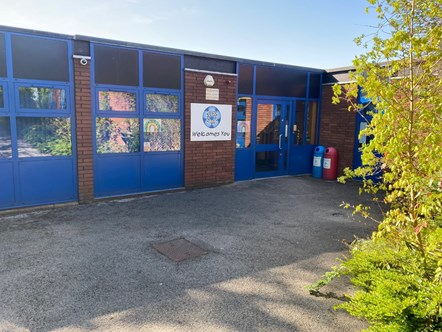