County councillors have extended their deepest sympathies to His Majesty King Charles III and the royal family following the passing of Her Majesty Queen Elizabeth II.

At the full council meeting on Thursday 13 October, politicians agreed to express their gratitude to HM Queen Elizabeth II, who was also the Duke of Lancaster, for her long service to the United Kingdom and Commonwealth.

County Councillor Peter Britcliffe, chairman of Lancashire County Council, said: "On behalf of all county councillors, I would like to extend our deepest sympathies to His Majesty King Charles III and all the royal family following the passing of Her Majesty Queen Elizabeth II.

"She was a shining example of a life lived in dignified duty and public service.

"We all express our gratitude to HM Queen Elizabeth II for her long service to the United Kingdom and the Commonwealth.

"Her reign was the longest in British history and her duty and dedication has been an inspiration, bringing constancy through 70 years of change."

County Councillor Phillippa Williamson, leader of Lancashire County Council, said: "We are all very deeply saddened following the passing of Queen Elizabeth II, our Queen and the Duke of Lancaster.

"There is so much we are grateful for from the time she spent as our longest serving monarch.

"We commend the reforms to the monarchy during her reign, including abolishing the Civil List and giving equal inheritance rights to women to the crown.

"We fully support the continuation of the ancient institution of the monarchy. God save our King."

Councillors also thanked staff from the authority for their hard work during the period of mourning.

County Councillor Williamson added: "We would like to pass on our thanks to officers of the council across Lancashire.

"They worked extremely hard during the mourning period to support the proper protocols and enable councillors, staff and residents to pay their respects to HM Queen Elizabeth II.

"They also continued their excellent work providing important local services to our residents and we are very grateful for their efforts and commitment." 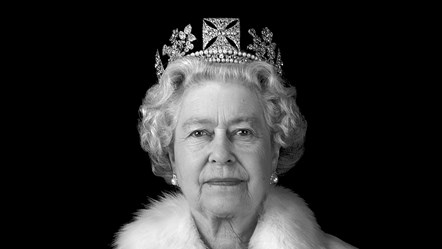