Councillors are to consider making changes to a major maintenance scheme planned for a road near Carnforth due to rising construction costs.

Lancashire County Council has received £9.245m from the Department for Transport to carry out vital repairs to the A601(M) which links the M6 motorway and the A6.

The maintenance scheme will see the road's motorway status removed allowing it to become an all-purpose dual carriageway with a proposed speed limit of 50mph, and the hard shoulder replaced by grass verges. A number of improvements are also planned to the surface, drainage, and landscaping, along with maintenance to a number of bridges and structures.

The A601(M) was built as part of the original construction of the M6 in the 1960s, but was 'bypassed' when the M6 was extended northwards and has received much lower levels of traffic ever since. Its age means that it is now in need of major structural repairs.

The original maintenance scheme proposed to replace the bridge which carries Higher North Road over the A601(M) with a junction at ground level, but a report to the council's cabinet on Thursday 1 December asks councillors approval to change this aspect of the scheme.

The report explains that the original assessments showed replacing the bridge with a junction would initially cost more than maintaining the bridge, but this was marginally the most cost-effective option in the long term.

However, a more recent evaluation has found that the estimated construction costs have increased significantly, meaning this is no longer the best value for money option. The increase in costs is due inflation affecting the construction industry, and surveys which have found that a high-pressure gas main would need to be diverted to build a new junction at ground level.

It is now being proposed to keep the bridge, and carry out repairs and refurbishment to reduce the future cost of maintenance.

County Councillor Charlie Edwards, cabinet member for highways and transport, said: "We've now reached the point in time where the A601(M) and its structures need some major maintenance, and we've made a successful bid to the Department for Transport for the significant funding needed.

"This investment will safeguard the future of the road and allow us to make a number of improvements to make it more in keeping with the surrounding environment and other local roads, for example by replacing the hard shoulders with grass verges, and reducing the speed limit.

"The A601(M) is currently designed for high-speed motorway traffic, and revoking its motorway status will allow it to be maintained at lower cost in future.

"When considering any investment in highways we always evaluate which option provides the best value for money over the long term.

"In this case, the assessment was originally in favour of replacing the Higher North Road bridge with a junction at ground level, and now that has changed it's important that we look at it again."

The council is currently awaiting the outcome of its application to revoke the motorway status of the A601(M). Pending a decision by the Secretary of State, the repair scheme is scheduled to begin in summer 2023.

The report to cabinet also outlines that the maintenance scheme has been designed to accommodate further improvements which may come forward in the future, such as upgrades to walking and cycling facilities. 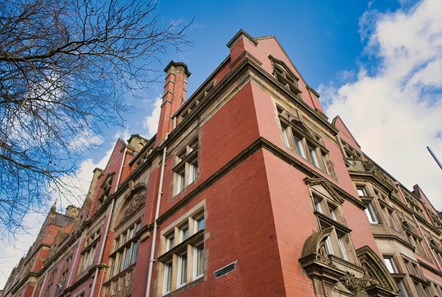