Proposals to introduce a 20mph speed limit on several adjoining roads in Preesall will be considered by Lancashire County Council's cabinet this week.

It is proposed to reduce the speed limit on Rosslyn Avenue and its side roads to increase safety for pedestrians and cyclists in the area, including children travelling to a nearby nursery school.

At the county council's cabinet meeting on Thursday 8 September, councillors will be asked to accept officer's recommendations to approve the proposals, which are part of section 106 planning conditions for the housing development of Willows Close, adjoining Rosslyn Avenue.

A formal advertising process was undertaken on the proposals in November 2021, with two objections raised.

One objection related to a concern that the carriageway surfacing is of an unsafe standard, while the other relates to concerns over visibility and access at the Rosslyn Avenue and Pilling Lane junction.

Lancashire Constabulary were also consulted and raised no objections.

County Councillor Charlie Edwards, cabinet member for highways and transport, said: "The proposed 20mph speed limit is necessary to improve safety at this location, now and in the future.

"Reducing the speed limit will prevent vehicles travelling through this area at unsafe speeds and will lessen the impact to the road.

"We have spoken to the developer about the condition of the road and they have agreed to surface an area that's been damaged from construction traffic associated with their development. We have also taken on board valid concerns about visibility and access and have taken steps to rectify this.

"Road safety across Lancashire's entire road network is extremely important, which is why I will be asking cabinet to approve these proposals." 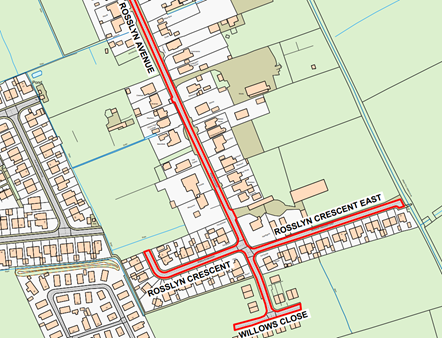