A new junction – the ‘missing’ junction 2 – is currently being built along the M55 as part of the wider Preston Western Distributor Road project. Lancashire County Council and main contractor Costain are delivering the PWDR scheme and are building the new junction for National Highways.

The new aerial pictures show the four junction slip roads and two roundabouts taking shape – all linked by a new bridge over the motorway in a ‘dumb-bell’ arrangement.  Contractors are also working to install new steel and electronic signs and other equipment at locations alongside the M55 on either side of the new junction.

Brian Smith, senior project manager for National Highways, said: “It’s starting to look like a proper motorway junction now and it’s on course to be completed and open to drivers next spring - supporting the local economy and relieving congestion at other junctions along the motorway.”

Work on the new motorway junction has been going on since the PWDR project started in October 2019. The new road and motorway link are due to open next year.

The new road, to the west of Preston, will link the M55 to a new junction with Blackpool Road at Lea. The new motorway junction is being constructed between Swillbrook and Higher Bartle.

County Councillor Aidy Riggott, cabinet member for economic development and growth at Lancashire County Council, said: "The Preston Western Distributor is ten years in the making, and is much more than your average road scheme.

"Not only will it improve connectivity across the county, but it will open up new housing sites and create more development opportunities, boosting Lancashire’s inward investment potential. Access to the M55 motorway and the wider national motorway network will be vastly improved, and the scheme will also help to relieve congestion on the existing road network.

"Our teams have made unbelievable progress since construction begin in 2019 and are now focused on making sure this major scheme is ready to be opened up to the public next spring."

The £207m Preston Western Distributor scheme is the biggest new road programme funded in the Preston, South Ribble and Lancashire City Deal.  As part of special ‘designated’ funds to support the generation of new jobs and building of new homes, National Highways, which operates the M55, is also contributing £25 million. Lancashire Enterprise Partnership is also supporting the project supported with £58m from its Lancashire Growth Deal programme. Caption: The new M55 junction 2 is due to open in the spring

"Improved connectivity is vital for Lancashire with regards to unlocking new investment opportunities, as well as helping us to support new housing and developing better and more accessible public amenities.”

Cabinet Member for Planning and Regulation at Preston City Council, Councillor David Borrow, said: “We are delighted to see the rapid progress of the Preston Western Distributor Road, linking the M55 for easier access to the motorway network from Preston, and a link road through the new housing areas in the Bartle area.

“This is a key part of the growth plans for Preston alongside the proposed Cottam Parkway Railway Station, helping facilitate much needed new homes and reducing congestion on existing local roads, particularly around the Broughton junction.”

The distributor road is the biggest new road programme in the City Deal - an agreement between the Lancashire Enterprise Partnership and Preston City Council, South Ribble Borough Council and Lancashire County Council, along with central government and Homes England.

The City Deal will help to deliver new infrastructure, new homes and more jobs over ten years. It will help to create more than 20,000 new private sector jobs and see over 17,000 new homes built across the area, along with new school places, open green spaces and new health provision to cater for the growing population.

More information, including details of the motorway closure diversion routes is available on the PWD webpage.

*This news release was originally issued by National Highways.

National Highways is the wholly government-owned company responsible for modernising, maintaining and operating England’s motorways and major A roads.

For further information please contact National Highways' press office (24hrs) on 0844 693 1448 and select the most appropriate option below: 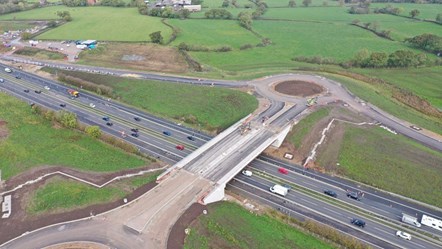 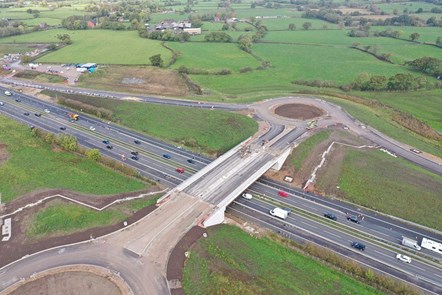