The Safer Road Fund programme is a £7.9m investment to reduce casualties on routes identified by the Department for Transport as the county's historically most dangerous A-roads.

Good progress is already being made, with the cameras now in place along the A581 from Rufford to Euxton, where work started in August 2022.

Preparations are also underway on the A588 from Lancaster to Skippool with trenches being dug for cables to support the installation of the cameras early this year.

This will be followed by the final phase of work to install cameras on the A682 in the Ribble Valley from Gisburn to the boundary with North Yorkshire at Long Preston.

A period of testing will be needed after the cameras are installed before they can be made operational and begin being used by the police to enforce speed limits.

Average speed cameras work by reading the number plate of passing vehicles and calculating a driver's average speed over a known length of road within the same speed limit. This results in drivers maintaining a steady average speed rather than just slowing down when they see a traditional fixed or spot speed camera, delivering safer and smoother traffic flows.

There are currently 8 routes already covered by average speed camera enforcement systems in Lancashire, which were installed in 2017 and 2018. Initial evaluation shows there has been a reduction in collisions of up to 86% on these routes.

County Councillor Rupert Swarbrick, cabinet member for highways and transport, said: "We have received funding from the Department for Transport to install more average speed cameras in Lancashire as part of a national programme aimed at improving safety along the 50 most dangerous stretches of A-roads in England.

"These routes have a record of deaths and injuries where excess speed was a factor, and people who live near these roads worry about when the next serious incident will happen, and whether they or their family and friends could be affected.

"We've already done a lot of work to make the five routes in Lancashire safer as part of the Safer Roads Programme, such as installing LED cats eyes, high reflectivity road markings, signs and crash barriers. I look forward to the average speed cameras going live in the coming months and making these routes much safer for everyone in future."

The speed limit will also be reduced along some sections of the five routes, following public consultation, and the proposals being agreed by Lancashire County Council's cabinet in 2022. 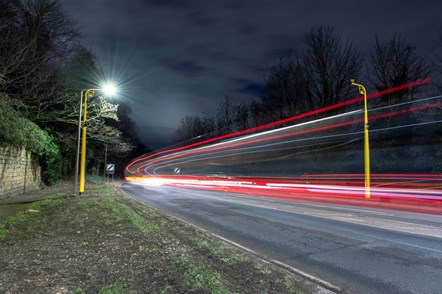