Lancashire County Council's Executive Director of Education and Children’s Services Jacqui Old has been awarded a CBE in the New Year Honours list.

In the first New Year Honours list to be issued by King Charles III, Jacqui has been awarded a CBE for services to the community in North Tyneside.

Jacqui has a considerable track record of delivering successful programmes in both the NHS and local government, including North Tyneside's Change Programme for Cared for Services. She has led the way in delivering outstanding services for children and young people. She joined Lancashire County Council in September from North Tyneside Council, where she was Director for Adult and Children's Services.

Under Jacqui's lead, North Tyneside Council was commended by Ofsted and the Care Quality Commission (CQC) earlier this year for their united approach to improving the lives of children and young people with special educational needs and disabilities (SEND). The authority's Children's Services were rated as outstanding in 2020 and last year the Youth Justice Service was also rated as outstanding. Ofsted praised the relentless commitment of her leadership.

Jacqui was appointed by Lancashire County Council to the role of Executive Director of Education and Children’s Services in July.

Jacqui said: “Whilst I feel honoured to receive this award and incredibly proud of the reasons behind it, I must pay tribute to the team I worked with in North Tyneside to achieve such results. One person is nothing without a team.

"I feel very humbled by this. It's a real privilege to do what I do what I do and see the difference you can make to children's lives and ambitions. The team I work with can have such a life changing impact on children and families. My job is to keep focused on improving outcomes and creating better opportunities for children and young people.

"I have always strived to make a real difference to people's lives and hope I can live up to the expectations of this honour. I am committed to bringing the same passion and vigour to Lancashire." 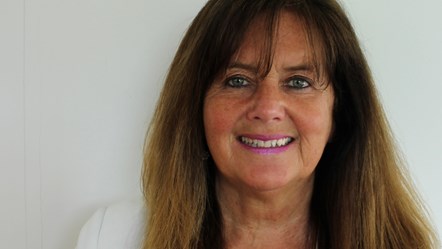